England has Windsor, Portugal has Sintra, but this as an Imperial city surpaces anything I have seen in the World. It is a complex of palaces, gates, courtyards, all set within stone walls and a moat. The Temple's and the theater were spectacular, in places the colour is fading and the Vietnamese are trying to maintain it and it would be sad to loose this heritage site. During the French and American Vietnam wars, the imperial city was bombed and much was destroyed, but what remains is impressive

The 1st image is the Ngo Mon Gate (Noon Gate) it is the most impressive among 10 entrances into Hue Royal city and perhaps the most beautiful structure remaining. It actually has five gates with the central one reserved for the emperors. The two adjacent were used by mandarins and the outermost were for servants. On top of the gates is Lau Ngu Phung (Five Phoenix Pavilion). Its biggest hall is where the kings proclaimed great events, including the announcements of the names of successful doctoral candidates who passed a number of rigid royal exams. This was also the place King Bao Dai declared his abdication and surrender to the North Vietnam in August 1945.
Back 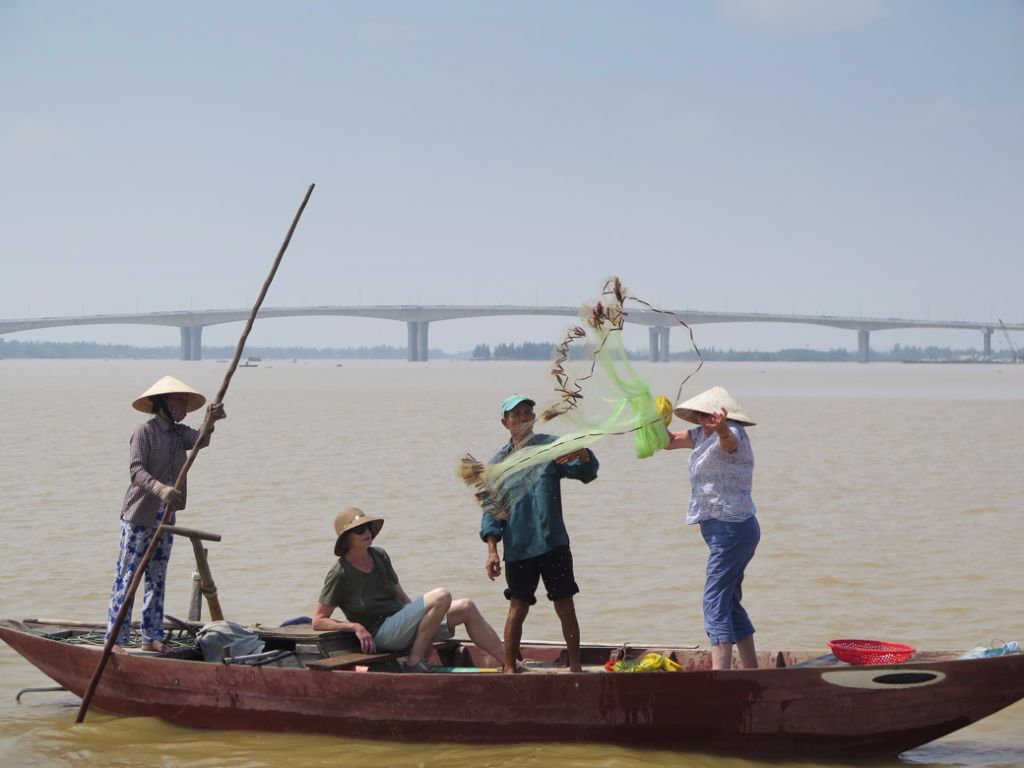